In my home country of Jamaica, there are certain dishes you will find served in almost every home, no matter the social status of the residents, and Rice-and-Peas is definitely one. Traditionally it was cooked as part of Sunday dinner, or for festive occasions, and no one worth their salt would have anyone over for a meal that didn’t include it. Pigeon peas (called Gungo peas, in Jamaica) are harvested in December, so while ‘Red-peas Rice-and-Peas’ was served for the majority of the year, ‘Gungo-peas Rice-and-Peas’ was synonymous with Christmas and New Year.

This dish is a great accompaniment to any meat, fish, or stew and also vegetarian.

In The Nurse’s Pregnancy Miracle, Dr. David Warmington finds himself involved with Jamaican nurse Nychelle Cory. Early in their relationship, David butts heads with Nychelle’s father, who isn’t a man used to being crossed or contradicted! It amuses me to imagine David and Nychelle later on, summoned to Sunday dinner, dealing with polite conversation, pointed looks and probably a few glowers from Nychelle’s dad.

At least I know the Rice-and-Peas will be on point!

A few pointers, before you start:
·         The liquid from the peas and the water should add up to 4 cups. If you want to be certain they do, drain the peas and add the liquid to your water before combining with the coconut.
·         If you can’t get coconut cream in a block, you can substitute coconut milk in the can. Just remember the 4-cup rule, and adjust the water accordingly.
·         If you don’t like hot, spicy foods, omit the scotch bonnet/habanero pepper, as they sometimes burst in the cooking process, releasing their heat.
·         Traditionally, Jamaicans leave their scallion and sprigs of thyme whole (like a bouquet garnie, without tying them together) and remove them after the cooking process is over. You can, however, chop up the scallion and use dried thyme leaves. 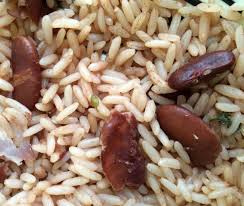 Method:
Combine water and coconut in a heavy, medium sized saucepan and bring to a boil, stirring until the coconut dissolves. (Be careful, as the coconut will boil over if unattended!)
Add the can of peas, hot pepper (if applicable), and garlic, and bring back to a boil
Add scallion, thyme, allspice, salt and pepper
Add rice, stirring to incorporate all ingredients
Once it starts to boil again, lower heat, tightly cover the saucepan, and simmer for 20 minutes, or until rice is tender.
Remove from heat. Find and remove hot pepper, scallion and thyme (if necessary), then fluff rice and serve. 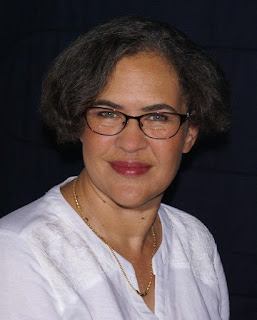 Author Ann McIntosh was born in the tropics, lived in the frozen North for a number of years, and now resides in sunny central Florida with her husband. She’s a proud Mama to three grown children, loves tea, crafting, animals (except reptiles!), bacon, and the ocean. She believes in the power of romance to heal, inspire and provide hope in our complex world.


Ann McIntosh on the web: 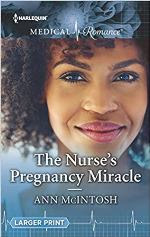 She’s expecting a baby……but not to meet her Mr. Right!After leaving her cheating ex, nurse Nychelle Cory decided to have the baby she’s always wanted through IVF. As she’s determined to raise her child alone, she must ignore her inconvenient attraction to gorgeous colleague Dr. David Warmington. Especially as David has his own reasons for not wanting a family. But could Nychelle’s long-awaited miracle help heal them both?